The High Lord is the third installment of The Black Magician Trilogy. Compared to the previous books, there are almost no lengths. Instead, the story is fast-paced and full of twists. Yet, if I ignore the emotional impact the book has on me, pace and twists, it would barely make it to three stars for several reasons.

One year after Sonea has witnessed Akkarin killing a foreign magician in the cellar underneath his residence, she wonders if there is more to his explanations. When Akkarin starts to reveal his secret to her, she remains skeptical until he teaches her how to mind-read a Sachakan magician. Soon, Sonea joins him in a secret fight he conducts since he returned from his travels. But as it is, they are discovered and expelled from the Guild into the country of Akkarin’s enemies: Sachaka. And with this decision the Guild dooms itself with what Akkarin had tried to prevent for so long.

Other than in The Novice the story starts with unexpected pace which increases rapidly until the events overturn themselves. There are several twists which are predictable in retrospect. Yet they took me unaware and made it almost impossible to put the book down until the bitter end. Annoying is that Canavan does repeat the plot from the previous two books in great detail and from the perspectives of the different POV characters including repetitions like she also did for book two.

In The High Lord it becomes clear that Akkarin isn’t only the pivotal character of the trilogy but also the most complex and diverse. From the nondescript minor character over the possible antagonist he turns into the tragic anti-hero, who fights a secret war to protect the Guild and Kyralia and he can only win using black magic. No other fictional character has ever had such an emotional and sustainable impact on me than Akkarin making the ending suffocating.

Sonea experiences a great deal of maturing into a self-confident young woman. Though she acts rather true to her heart than sane, this is exactly that which makes her human. If I were in her place, I would have made the same choices. In this book, it becomes clear how strong a character she really is.

Cery, who is back as POV character, doesn’t mature throughout the book but has compared to his former appearances. He now is the leader of an underground now gang and assists Akkarin in finding the Sachakan magicians which cause those mysterious murder series we learned about first in The Novice.

Like before, Rothen stays flat and Dannyl seems to have reached the end point in his character evolution. However, both have only minor story-arcs in this book. Please don’t mistake me, I love both of them dearly, but Rothen could be much more than his constant worrying over Sonea. Regardless whether he goes on a spying mission or is involved into fighting – it all feels pointless to me. Though it sounds cruel, from a neutral point-of-view he could also have died in that minor battle. I would have mourned him, but I would have accepted his death for I am prone to killing characters who don’t contribute anything to the story any longer. I suppose he only lives because of the awful ending. Dannyl, on the other hand, disappointed me when dealing with the Elyne rebels. I will come back to that point later when discussing the book’s weaknesses.

The writing style has improved from the first two books. The High Lord is written more fluently, words, phrases and jolty sentences are much rarer. I like how Canavan introduces new scenes. However, her writing style cannot compete with the writing of my favourite authors Brent Weeks, Brandon Sanderson or George R.R. Martin. (But that also holds for character and plot design and overall logic and complexibility.)

There are many things I find wanting though The High Lord is my favourite book of the trilogy. The fast pace, the twists and, of course, the story which evolves around Akkarin and Sonea make it easy to overlook all the flaws, but being a fan doesn’t mean to witch off my brain and say “I love the book SO much because of Akkarin!” Or: “It’s from Canavan, so I naturally give five stars!”

One of the greatest problems with Canavan’s books is that characters are often bent to the story’s benefit, resulting in non-consequential and off-character behavior. We had that in The Novice with Lorlen whose thoughts and actions were such that we believe Akkarin to be the antagonist while his character lacked of the doubts and explanations a long-term best friend would naturally have after learning his friend’s darkest secret. The High Lord has even more of that.

Another major issue, already mentioned above, is Rothen’s pretty pointless story-arc. I even don’t know why it was there which is a hard statement because I’m very fond of Rothen. At least Canavan didn’t bend his character to the story. Perhaps it’s because he’s too unimportant.

The most awful ending ever

However, all those issues, though they reduce the book’s quality, fade into insignificance compared to the crooked and poorly constructed ending. Not only that the ending wastes a lot of potential for what could have been an amazing sequel, Canavan wrote it only so because she was sick of happy endings (as she does state on her webpage). By killing off the pivotal character (which is also the most complex and most awesome) she antagonised many fans. Until chapter 37 she could have risen the status of favourite author, but with what followed she lost me forever. She didn’t even bother to give Akkarin an epic character death. She just killed him off in two sentences. And she even didn’t hesitate to bend Sonea and Akkarin to that conclusion. Akkarin’s mind is far too brilliant to misjudge the situation and to not take the arena’s magic before facing the last three Ichani. The reasoning is quite ridiculous: Akkarin doesn’t want to take the magic from the arena before facing the last three Ichani because it’s a Guild building. What the fuck? It’s just a group of masts which hold a strong magical shield and no building of historical importance. When he finally agrees, time and magic are running out. And all the time Savara just watches the show though the Ichani already know about her.

And Sonea is too much a fighter for simply letting Akkarin die. Throughout the whole book she undertook so much effort to keep him alive that she acts off-character in the end. She doesn’t even try to revive him. After all this stuff of killing magicians with stopping their heart with healing magic why not turn the idea around? Yes, he doesn’t have any magic left. But she’s smart and a black magician. She sure could have come up with a solution.

This is the most elaborate and most crappy and most pathetic way of forcing the plot to a certain point after Canavan almost lost control over it or, more precisely, because one character grew larger than life.

For future books, I recommend taking advice from George R.R. Martin on how to write a proper character death. Especially in terms of benefit for plot and characters. The High Lord has none of that. Akkarin’s death only destroys potential and breaks readers’ hearts. He isn’t even honoured afterwards for saving the other magicians’ asses, he just fades into oblivion. Instead, the magicians discuss the colour of the next High Lord’s robes. That’s not only unworthy of this amazing character it’s also crappy writing.

To avoid a happy ending, Canavan didn’t need to kill Akkarin. She didn’t need to write that Akkarin becomes High Lord again, that the Guild accepts black magic and that he and Sonea marry and become many children. After all what had happened this would be noncredible. Instead, Canavan could have written that e.g.:

Instead, Canavan bestowed Sonea with a bastard, making her position in the Guild even worse like “why not completely ruin her life?” The bastard baby is a poor consolation (it’s not even that, it’s a bad joke for the explanation how it was sired is completely ridiculous) but it was obviously necessary for writing a sequel. However, this bereaved Sonea completely of all the respect she has earned herself with so much effort through the books. Now she’s all the Guild doesn’t tolerate: She’s from the slums, she’s a black magician and she’s getting a bastard baby with her former guardian. That’s not avoiding a happy end, that’s writing the worst possible end one could muster for the heroine. Moreover, Canavan alleges Akkarin recklessness and a lack of responsibility because he, the calculating and cunning High Lord who has read Sonea’s mind, doesn’t know that she doesn’t know how to contracept. And of course, he doesn’t know either due to some ridiculous explanation which leads me to the question: Why aren’t at least the female novices taught this in Healing lessons on a standard basis?

And there’s another thing which really, really pisses me. Sonea has stood her ground so many times. She has fought so much for becoming this amazing young woman we see in The High Lord. She overcame traumatic memories to learn to fight. She broke her oath to learn black magic. She has risk her life to save Kyralia and the Guild. And then she is pushed back into the Guild’s female role model „all female novices become healers“. What conclusion shall young readers draw from this?

Neither before nor afterwards I have felt more betrayed and was more angry about an ending as with The High Lord. It killed my desire to read a sequel or another book from Canavan. And I know that I will never forgive her. My only solace is writing fanfiction and whenever I come to chapter 37 I switch to my alternative ending and the sequel I wrote over the years. And I am happy to mend the hearts of many disappointed readers by doing so.

Despite its flaws The High Lord is my favourite book of the series. It’s so exciting and full of twists that it is hard to put it down. Especially the last third I always read in one session due to the high tension though I prefer to read my alternative ending when reaching chapter 37. I absolutely fell in love with Akkarin and Sonea, especially because the High Lord is the most exciting and complex character. For many years it was also the most complex character I’ve ever met in a book.

But because of him, I resent the ending with all my heart. Given the logical errors and that the actions of several characters are bent to force the story in a certain direction, The High Lord is also the most flawed book of the trilogy.

If it wasn’t for the emotional component and those aspects which improved compared to the previous books, The High Lord is merely mediocre and would barely have made it to three stars. Especially in comparison with other fantasy books I read. Thus, I can only give 3.5 stars of five which already is done with a lot of good will. 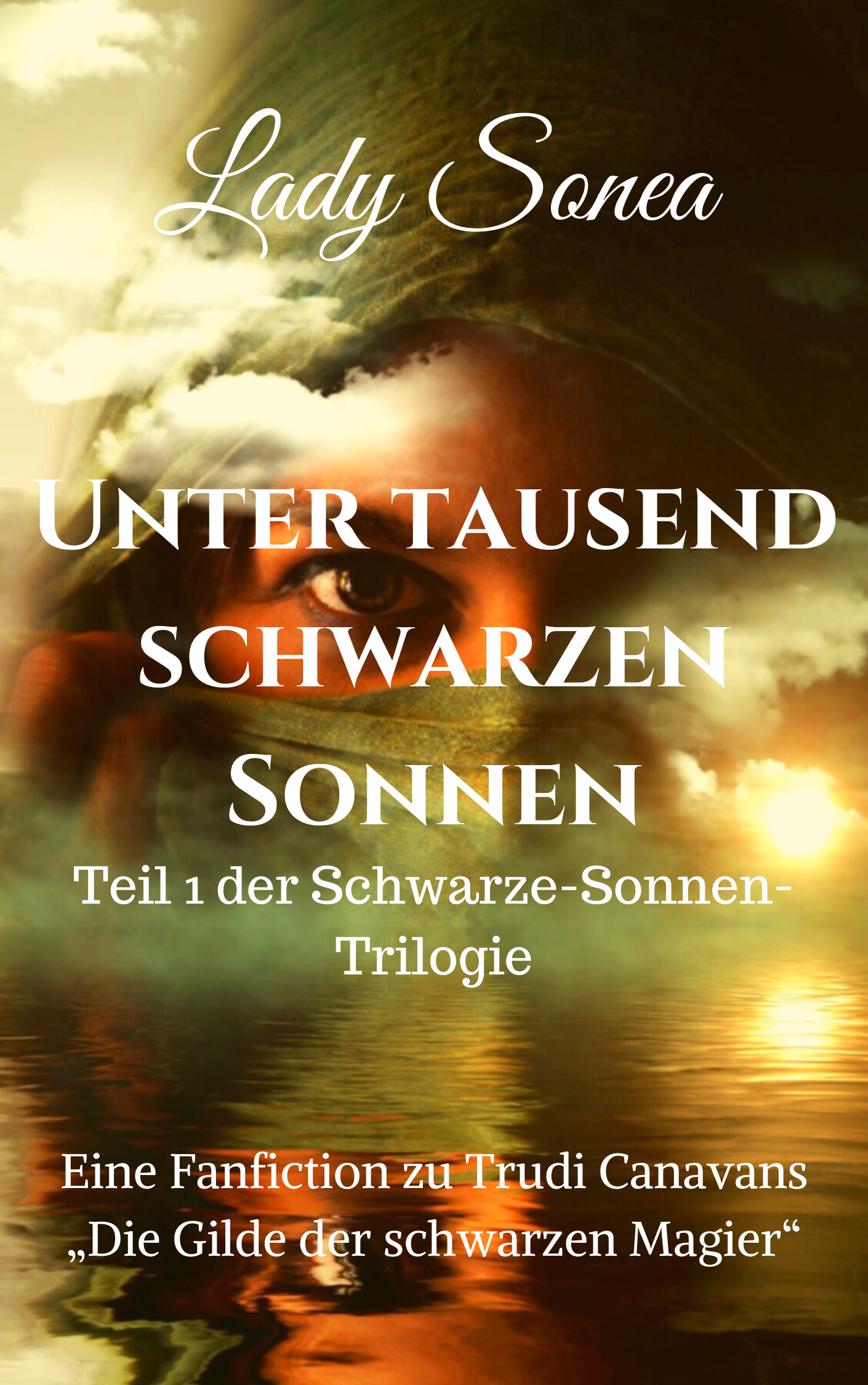